“Life is what we make of it. Travel is the traveller. What we see isn’t what we see but what we are.” 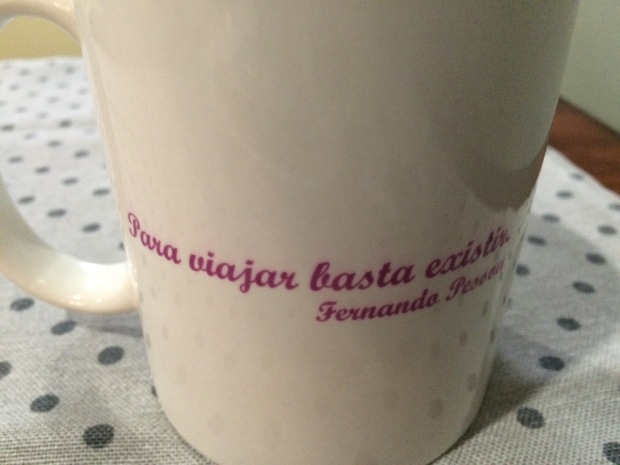 Fernando Pessoa. By now it almost feels like I’ve met him personally.

Travelling in Portugal, it seems hardly possible not to encounter this most iconic of Lisbon poets. Over the years, I’ve met him in the streets of Lisboa, sitting outside one of his faourite hangouts and coffee shop ‘A Brazileira’ in the Rua Garrett in Chiado; he’s greeted me for breakfast on my coffee mug in downtown Porto and his unmistakable face invites readers to delve into Lisbon’s poetry from every book stall at every airport in the country. My favourite incarnation of this writer, who allegedly used more than 72 pseudonyms, I encountered in Evora, where he braved the elements somewhat uplifted on the doorstep of the amazing “Fonte de Letras’ bookshop.

72 pseudonyms! He preferred to call them heteronyms, because he felt pseudonyms were too close for comfort. One of his most famous alter ego, Ricardo Reis, even became the hero of “The Year of Death of Ricardo Reis”, a 1984 novel by fellow Portuguese writer and Nobel laureate Jose Saramago. Inspired by the heteronyms was also Italian writer Antonio Tabucci, who was so enchanted by Pessoa and his work that he began studying the Portuguese language.

“My soul is a hidden orchestra;
I know not what instruments,
What fiddlestrings and harps,
drums and tamboura I sound and
Clash in myself.
All I hear is the symphony.”
Fernando Pessoa

“The Book of Disquiet”, (Livro do Desassossego, composto por Bernardo Soares), Pessoa’s lifetime project and what he calls a ‘factless autobiography’, is signed by one of his heteronyms, Bernardo Soares. It is also the source of many of the Pessoa quotes floating around the post cards and coffee mugs of downtown Lisbon and Porto.

“To write is to forget. Literature is the most agreeable way of ignoring life.”

Fernando Pessoa was a poet, writer, philosopher, publisher and translator, born in Lisbon in 1888. His father died when he was five years old, and after his mother remarried, the family moved to Durban, South Africa, where Pessoa would live and learn for the next ten years. He learned to love the English language and began writing and publishing poetry under various pseudonyms.
In 1905 he returned to Lisbon for good and embarked on a life of writing, publishing, translating and philosophizing. He died in 1935, and in 1985, fifty years after his death, his remains were moved to the Mosteiro dos Jerónimos in Lisbon, where he rests in the illustrious company of the likes of Vaso da Gama and Luís de Camões.

“To know nothing about yourself is to live. To know yourself badly is to think.” 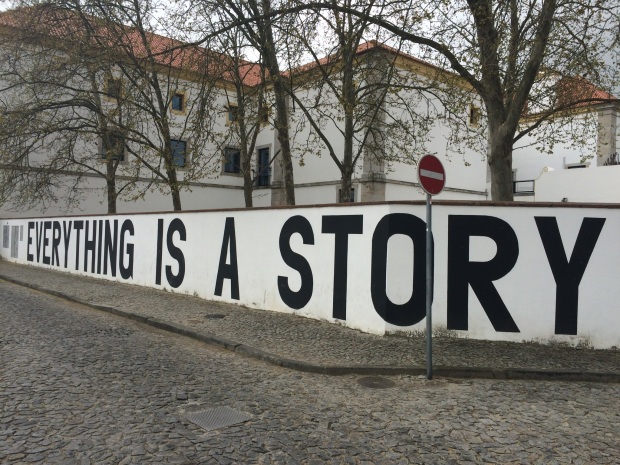 View all posts by Peppertreechronicles

This site uses Akismet to reduce spam. Learn how your comment data is processed.