Where would you go if you could travel for a year, if you could choose twelve destinations anywhere in the world to spend a month in each?

I have been ruminating about the twelve destinations ever since reading Meike Winnemuth’s book, “Das Grosse Los” (which unfortunately has not yet been translated into English). A 50 year old journalist from Hamburg, Meike wins half a million Euro in a German version of ‘Who wants to be a millionaire’. 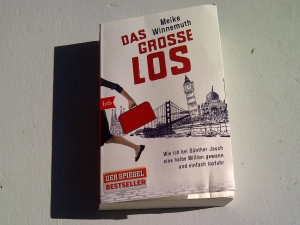 ‘What are you going to do with the money?’ they ask her afterwards.

‘What does the money want from me?’ she wonders. This amount, she feels, is asking her to do something different, something big, something unforgettable.

‘Get out of Germany, go travel for a year and live every month in a different city.’ Twelve months and twelve cities that she always wanted to see, that somehow attracted her, where she’d never spent any real time; not following any logical plans, but rather an intuitive choice.

An awesome journey, a fabulous read; entertaining and inspiring. 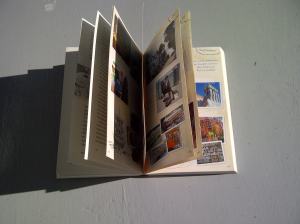 Where would you go?

In no specific order I would say:

And if you were to choose islands instead of cities?

Or how about these:

“Twenty years from now on you will be more disappointed by the things that you didn’t do than by the ones you did do. So throw off the bowlines. Sail away from the safe harbour. Catch the trade winds in your sails. Explore. Dream. Discover.” (Mark Twain) 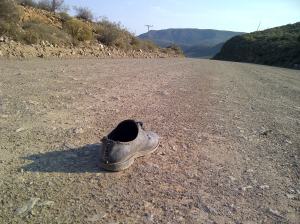 What more is there to say? 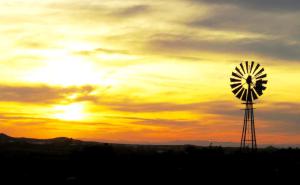 The earth has music for those who listen….All the sounds of the earth are like music, if you stop and listen you will eventually hear a philharmonic orchestra playing your own life’s symphony…even in the stillness of the open veld, the quietness of the early morning in the bush … if you listen closely, you can hear your own song playing…
When we are home in Prince Albert, I often go out into the veld to watch the sun go down … Standing there I have several option while waiting … do I meditate; do I take photos or do I just appreciate the beauty in front of me? You become quiet, listening to the music of the veld… Then I do a 360 degree turn-about to look at the clouds, tilt my head up towards the mountains …. I become peaceful, look at the beauty all around me and…

From Lost to Found on the Pacific Crest Trail

“The cow took aim. She came straight at Walter. Everybody – the owner of the cow, Andre van Heerden; his farm workers; Walter’s friend Willem, who had come for the ride; each and every one froze. They all held their breaths. It was clear t…hat there was no way Walter could manage to get out of the cow’s path in time. Although she was sick, very sick in fact, she developed a hefty speed over the short distance, and she had some mighty forward pointing horns…”

It wasn’t this beautiful specimen though that Walter tackled in the chapter “A Serious Sense of Humour”, about halfway through ‘Healing Rhinos and Other Souls’ – 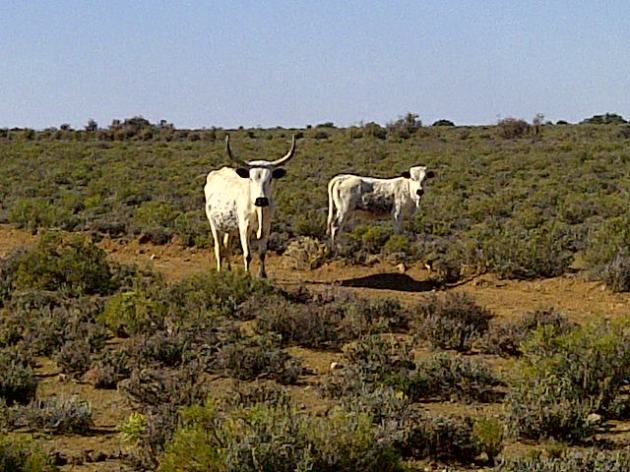 “You want to be a writer?

A writer is someone who writes every day. So start writing…” 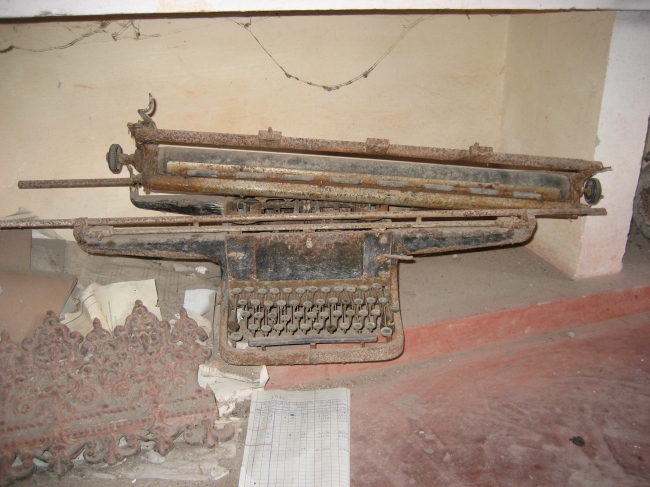 I wonder what stories this old type writer could tell? 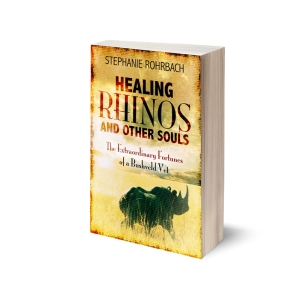 …My thoughts wandered back to the first time I had met Walter. It had nothing to do with food, but with castrating two young horses. I was spending some time at a large cattle farm and horse-riding enterprise in the Waterberg, a remote area in the northern regions of the South African bushveld. Triple-B Ranch and Horizon Horse Trails were only a short drive away from the Eschenburgs’ home in Vaalwater, and Walter had been their vet and advisor in all matters related to horses, cattle and dogs for many years.

Shane did not only understand horses, but people too. One of a rare breed, a real horseman, he was in charge at Horizon together with his wife Laura. Leaning against the rails of the paddock, his Australian Akubra hat drawn deep to protect his eyes from the sun, he continued, ‘Walter has been our vet ever since we moved here, and he is the best; there is no doubt. I don’t know what we would do without him. But you’ll see for yourself.’

The two colts were ready, but luckily unaware of what was about to happen to them. They were just content being allowed to graze on the lawn outside the kitchen, where the castrations would take place.

‘We always do these little ops on the grass here,’ Shane said. ‘It was Walter’s idea. There is less dust and therefore less risk of infection.’

We watched two young English lads, guests spending their holidays at Horizon, milling about. Coming from London, they had only just lost their air of investment bankers. They were a tad inexperienced in bush matters, but keen to give everything a go. Up for a new and exciting challenge, they had volunteered to assist. At their riding stables back home they were not allowed anywhere near a horse when the vet was around. But Horizon was different; here they could become part of a working cattle farm, ride horses to their hearts’ content and learn from Shane, a quiet man who in his modesty shrugged off all comparisons with the famous horse whisperer.

‘We’ll see how they cope,’ Shane said now. He had seen it all before.

A cloud of dust rose from the access road, which was flanked by rows of tall eucalyptus trees.

‘Walter can be rather unorthodox,’ he explained, ‘but you’ll see, he just knows. And as I said, he is brilliant. I have never seen anybody else administer anaesthetics the way he does. If at all possible I only let Walter do anything to my animals.’

A battered blue bakkie came to an abrupt halt in the middle of the yard. The driver’s door opened with a squeak and a tall and somewhat portly gentleman alighted. His dirt-speckled glasses sat slightly askew on the bridge of his nose and his shirt and khaki shorts were spattered with what could only have been dried blood. He ran one of his hands through his shock of white hair as he looked around.

As expected, the operations went well. Within an hour the two young horses were standing again, still slightly dazed but already interested in the grass.

The two young Englishmen presented a different picture. Geoff, the taller and louder one, sat on the steps leading up to the kitchen holding his head in his hands, while Chris was lying on his back in the grass, eyes closed and breathing heavily. Both of them looked decidedly off-colour, with a tinge of green around the gills on their sunburnt faces.

Walter just grinned. It wasn’t the first time that some young guys had volunteered to assist, and he had learned that it was always better to have somebody a little more seasoned around. Women in general dealt better with castrations than men. These two had actually done all right, held the ropes when he dropped the colts and watched with interest when he got the emasculator ready. But things had turned pear-shaped for Chris and Geoff when he’d thrown the severed testicles to the dogs that had been waiting patiently. It was one of their special treats and even now Fred and Dingo were licking their lips.

‘Walter always does that, and the dogs know,’ Shane said. ‘Suppose he’s got a wicked sense of humour. But did you notice how sure he is with every movement he makes? That’s what I call experience.’

It had indeed been apparent that each and every move was deliberate, that Walter had done the operation uncountable times.

How many years of practice does a vet need before he gets this kind of experience, this confidence, I wondered.

‘Walter, how about a cup of coffee?’ Shane asked now.

‘Hey? Sorry, did you say something?’

‘Ah, yes, a coffee would be great. Why do you even ask? And yes, two sugars please, a good South African coffee.’

Within minutes of being introduced I was invited to spend the next weekend with the Eschenburgs. Only later did I learn that Walter and Topsy had made it their habit to pick up ‘strays’ and indulge them with the hospitality they had become famous for. It was, as they say, the beginning of a long and wonderful friendship.

….
(this is an excerpt of the first chapter of Healing Rhinos and Other Souls.)

“What is a fear of living? It’s being preeminently afraid of dying. It is not doing what you came here to do, out of timidity and spinelessness. The antidote is to take full responsibility for yourself – for the time you take up and the space you occupy. If you don’t know what you’re here to do, then just do some good.”
Maya Angelou 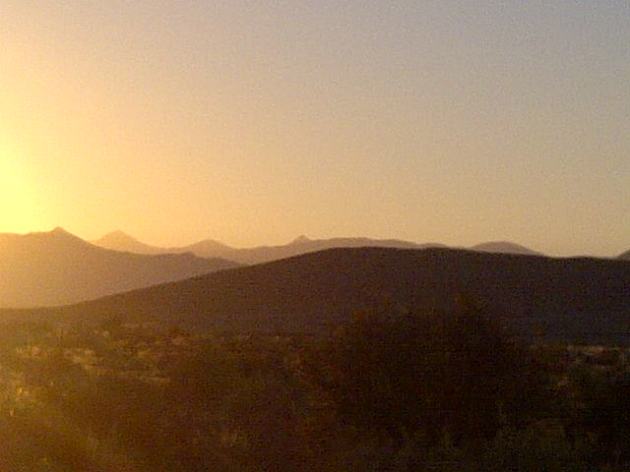 Two of my very favourite bicycle pictures – by Glenn Murray

they make me want to get on my bicycle and go back to Mozambique! 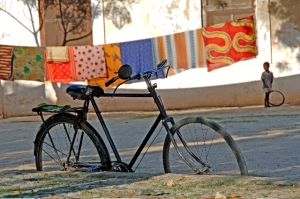 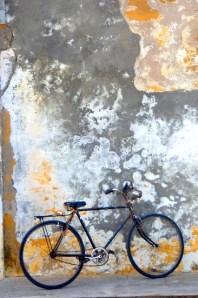 “Life is like riding a bicycle. To keep your balance you must keep moving.” – Albert Einstein

JP Meyer, one of my favourite local artists, created “HORiNg” for the Velvet Exhibition at the KKNK 2013 in Oudtshoorn.

He says he would be delighted to donate the rhino work to any institution or organization that is working to save the rhino and that would also like to own it. 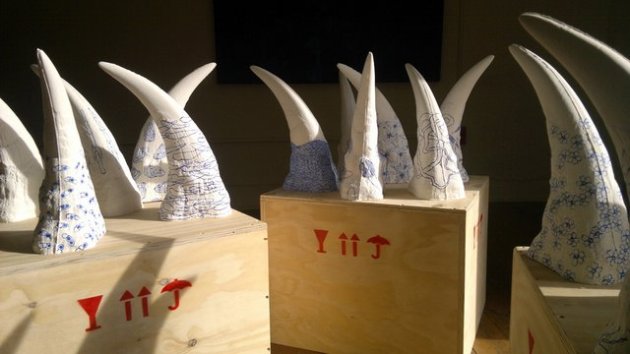 Long before the birth of Aphrodite, from the severed testicles of Uranus, aphrodisiacs have fascinated mankind in the pursuit of energy, love and sexual rapture.

In his book, “The Doctrine of Signatures”, the 17th century herbalist, Jacob Boehme explores a form of sympathetic magic in which like affects like.  “The signature of things” means that a herb or other object often resembles the malady it is meant to treat. Yellow flowers, for example becomes an effective treatment for urinary complaints and rhino horn excites the libido.  Although this doctrine of signatures was formalized in early modern times, the theme of natural objects’ shapes having significance is an ancient one and not confined to Western thought. Similarity-based thinking is still encountered in alternative medicines such as homeopathy, ethnic medicine and traditional Chinese medicine.

The work I made for “VELVET”  explores the continued belief in and pursuit of potions, herbs, food and other substances which is believed to stimulate sexual desire and energy and enhance erectile function. It also attempts to address the supply and demand of global trade and the impact it has on endangered plants, land- and sea animals.

“It always seems impossible until it is done.”